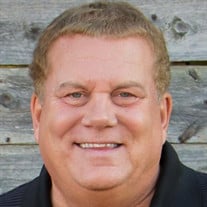 William Clayton “Bill” Misenheimer, Jr., age 60, passed away Wednesday, January 30, 2019, at Atrium Health Care in Charlotte. Burial will be at 11 a.m., Monday, February 4, 2019 Forest Hills Cemetery in Rock Hill, S.C. A Celebration of Life will follow that afternoon at 4 p.m. at GraceLife Church of Pineville, 705 Lakeview Drive. The Revs. Rodney L. Cripps, Steve All, and Robbie Page will officiate. The family will receive friends following the service. Born in Rockwell, N.C., Bill was the only child of the late William C. Misenheimer, Sr. and Carrie Kluttz Misenheimer. He graduated from East Rowan High School, where he lettered in football and wrestling and was an Eagle Scout. Bill received his associate’s degree at Central Piedmont and was a certified electrician. He was employed with Frito Lay for almost 40 years and attended GraceLife Church of Pineville. Bill was an avid Clemson football fan and held IPTAY season tickets. He loved going to the beach with his family; and enjoyed fishing, watching NASCAR and dancing. He was affectionately known as “Pappy” to his grandbabies whom he adored. Surviving are his wife of 35 years, Terri Ann Cagle Misenheimer; his daughter, Carrie Amber Terry of Fort Mill; and two grandchildren, Lillie Ann Terry and his namesake, Graham Clayton Terry. In lieu of flowers, memorials may be made to the William C. Misenheimer, Jr. Memorial Fund, c/o Wolfe Funeral Home, P.O. Box 190, Fort Mill, SC 29716. Condolences: www.wolfefuneralhome.com.

The family of William "Bill" Misenheimer created this Life Tributes page to make it easy to share your memories.

Send flowers to the Misenheimer family.