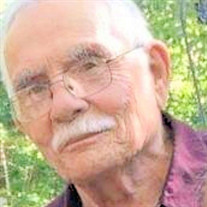 William (Bill) Dean East age 92 passed away on February 12, 2022, at Levine Dickson Hospice House, Charlotte N.C Born in Buckley, Michigan, Bill was the son of the late Fred S. East and Ada Ione Dougherty East and brother of the late Carl (Mickey) East. He was a Navy Veteran who served during the Korean War on USS Seminola AKA 104 on the Marshall Islands. After his time in the service, Bill settled down in Warren, Michigan to start a family. He retired from Chrysler Automotive and enjoyed a long retirement in Florida, Tennessee, and South Carolina with his beloved wife of 69 yrs. Ethel Marie East who passed on October 26, 2020. Bill enjoyed the great outdoors, gardening, playing golf, following his favorite football teams, He was an avid reader and loved westerns. Family and friends admired his ability to fix, repair, build anything. He encouraged his children and grandchildren to do the same. Bill was the loving father of Donna M. East, Janis (David) Weimer, and Paul East. He was the proud grandfather of Julia (Jay) Alston, Joy (William) Martin, Sandra, and Melissa East, and six great-grandchildren and one great-great-grandchild. He was preceded in death by his daughter-in-law, Colleen. Bill will be dearly missed by all. In lieu of flowers, donations may be made to the Alzheimer's Association and the American Lung Association.

The family of William "Bill" East created this Life Tributes page to make it easy to share your memories.

Send flowers to the East family.