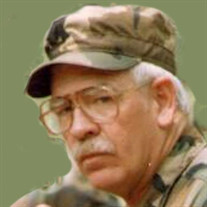 Mr. Steven E. Giles, 73, died Sunday, March 19, 2017, at Piedmont Medical Center in Rock Hill. The funeral will be at 2 p.m. Wednesday, March 22, 2017, at Good Shepherd Church – Zoar Campus, with the Rev. Talbot Davis officiating. Burial will follow at the church cemetery. The family will receive friends following the service. Born in Rock Hill, Mr. Giles was one of six children born to the late Steven Sylvester Giles and Doris Lucille Hardaman Giles. He was a 1963 graduate of Fort Mill High School and later graduated from Kings Business College in Charlotte. Mr. Giles was a combat veteran of the U.S. Army, having served in the 82nd Airborne, having served in the Dominic Republic during Operation Pack. He continued his military service in the U.S. Army Reserve for 20 years. He was retired from Amida Industries as a welder. He was a member of Zoar United Methodist Church, where he sang in the choir. He loved the Lord and reading his Bible. Mr. Giles loved playing video games with his son, and enjoyed hunting and fishing on the farm. He was an avid gardener and farmer and a good athlete and had played little league baseball in his youth. Surviving are his wife, Elaine Wallace Giles; his son, Kevin Giles; his daughter-in-law, Sheri Vincent Giles; two brothers, Larry W. Giles of Fort Mill and David Lee Giles of Charlotte; three sisters, Gwen Johnson of Rock Hill, Iris Appperson of Mooresville, NC and Marcia Denise Lane of Rome, Ga.; and two grandchildren, Ahsley Lynn Giles and Rachel Elaine Giles. In addition to his parents, he was preceded in death by his son, Steven Edward Giles, Jr. (2015). In lieu of flowers, donations may be made to the Disabled American Veterans, 3725 Alexandria Pike, Cold Spring, KY 41076. Condolences may be made at www.wolfefuneralhome.com.

The family of Steven Edward Giles created this Life Tributes page to make it easy to share your memories.

Send flowers to the Giles family.