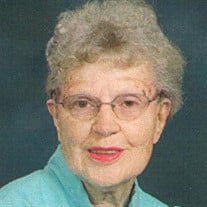 Mrs. Ruby Inez Hood Shealy, 87, of Indian Land, died Sunday, September 10, 2017, at Legacy Heights Memory Care in Charlotte. She was a former resident of Columbia and Little Mountain from 1974 to 1994. The funeral will be at 2 p.m. Saturday, September 16, 2017, at Pleasant Hill United Methodist Church, with the Rev. Joel McMakin officiating. Burial will be at the church cemetery. Raised in Pineville, N.C. and Indian Land, S.C., Ruby was a daughter of the late Ralph Waldo Hood and Mamie Rosetta “Rosa” Collins Hood. Mrs. Shealy was a dedicated nurse, having received her bachelor’s degree from the University of South Carolina, she served the United States Navy during WWII. Later, she taught nursing and finally retired from Craft-Farrow Hospital in Columbia. She was a member of Pleasant Hill United Methodist Church and was active in the U.M.W. and the M&M’s Senior Group. She enjoyed researching genealogy, gardening, reading about history, and loved her dogs. Surviving are her brother, Ralph Stanley Hood of Fort Mill; her nephews, Thomas Rickey “Rick” Carnes and his wife Lori, Stanley Linwood “Lin” Carnes and his wife Vicki, David Anthony “Tony” Carnes and his wife Diane, William Brian Carnes and his wife Pam, Mark Steven Carnes and his wife Angie, all of Indian Land and Kenneth Stanley Hood of Rock Hill; and her niece, Pam Ruth Hood of Fort Mill. She was preceded in death by her husband, John Luther “Jack” Shealy (1977) and her sister, Rosemary Hood Carnes (2003). The family will receive friends from 6 to 8 p.m., Friday, September 15, 2017, at Wolfe Funeral Home. Memorials may be made to Pleasant Hill U.M.C. Building Fund, 238 Fort Mill Hwy., Indian Land, SC 29707.

Mrs. Ruby Inez Hood Shealy, 87, of Indian Land, died Sunday, September 10, 2017, at Legacy Heights Memory Care in Charlotte. She was a former resident of Columbia and Little Mountain from 1974 to 1994. The funeral will be at 2 p.m. Saturday,... View Obituary & Service Information

The family of Ruby Hood Shealy created this Life Tributes page to make it easy to share your memories.

Send flowers to the Shealy family.