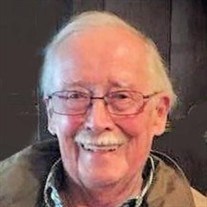 Mr. Roy Bruce Neal, Sr., age 83, passed away Tuesday, October 13, 2020, at the Wayne T. Patrick Hospice House of Rock Hill. The family will receive friends from 2 p.m. until 3 p.m., on Sunday, October 18, 2020 at Wolfe Funeral Home, 314 Spratt Street, Fort Mill, S.C. The memorial service will follow at 3 p.m., with Rev. Eddie Ramsey officiating. Bruce will be laid to rest in the Cremation Garden at Oakland Baptist Church following the service. Born in Lancaster, S.C., Bruce was a son of the late Winfield Dewey Neal and Nannie Estridge Neal. He was a 1962 graduate of the University of South Carolina and was a Certified Internal Auditor. Bruce worked at Springs Industries as Director of the Auditing Department. He was very active in the Rock Hill Elks Lodge BPOE 1318 to include holding several competition ritual stations, serving on several committees, Trustee, and Past Exalted Ruler. His family, encompassing all the Neal boys, at one time until recent; held the record within the Boy Scouts of America for the most Eagle Scouts within a household. Bruce was one of them. They were all very proud of this, and received special honors from the BSA at a ceremony of which they each were given a plaque. Bruce was an avid Gamecock fan and loved spending time with his family. He loved watching his grandsons grow up, play sports and Molly’s musical theatre. Bruce also enjoyed working crossword puzzles, reading, and spending time at Lake Wateree. Surviving are his wife of 59 years, Kay Parker Neal; his children, Robby Neal and his wife, Carrie, of Rock Hill and Ashley Gomez and her husband, Servando, of Indianapolis, Indiana; his siblings, William Scott Neal and his wife, Fay, of Snellville, Ga. and Nancy Ray of Columbia; and five grandchildren, Molly, Elias, Jack, Quinn and Banks. In addition to his parents, he was preceded in death by his siblings, W.C. Neal, Paul Neal, Dewey Estridge “Ace” Neal, Jack Neal, Frank Neal, and twin infants. Memorials may be made in Bruce’s name to Hospice & Community Care, P.O. Box 993, Rock Hill, SC 29731.

The family of Roy Bruce Neal Sr. created this Life Tributes page to make it easy to share your memories.

Send flowers to the Neal family.