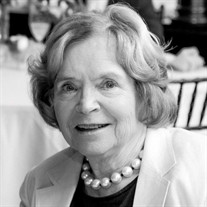 Doris Howie passed away on January 3, 2022. She was born on January 1, 1936, in Monroe, North Carolina to Robert Middleton Parnell and his wife, Kathryn Parnell (née Fullenwider). She spent her childhood and teenage years in Monroe and Columbia. She began dating James (Jim) Howie when he came to Columbia to attend the University of South Carolina. They were married on Thanksgiving Day 1955 at the home of her grandparents in Monroe and made their home in Columbia during their 66 years of marriage. In recent years, they enjoyed stays at Mr. Howie’s family home in Fort Mill where they enjoyed visiting with friends and relatives. Mrs. Howie enjoyed entertaining and antiques, but most of all she enjoyed time with her family and doing things for others. She was a longtime member of Shandon United Methodist Church where she taught Sunday school during her daughter’s childhood. She was also a member of the Guilford Battle Chapter, National Society Daughters of the American Revolution; the Carolina Charter Chapter, National Society Daughters of the American Colonists; the Ancient and Honorable Anglophile Society; and years ago, was a member of the Painted Daisy Garden Club. In addition to her parents, she was preceded in death by an infant daughter, Mary Elizabeth Howie; brother, Robert Harrison Parnell; and sister-in-law, Jean Howie Johnson. She is survived by her husband, James S. Howie, Jr.; daughter, Saundra Howie Chang (David), of Guilford County, North Carolina; grandson, Dr. James Middleton Chang (Lauren), of Atlanta; two great-grandchildren, James Anthony and Philippa Grace Chang; siblings, Jeanne Tarleton of James Island and John Nelson Parnell of Columbia; and two sisters-in-law, Sara Howie Haymond (Gordon) of Charlotte and Cynthia Howie Carter of Columbia. The family wishes to convey sincere appreciation to so many dear friends and relatives for their many kindnesses during Mrs. Howie’s illness over the past year and to MUSC Health Columbia Medical Center (Providence Health) and Hospice for their excellent care and compassion and to Dr. Jerry Robinson for the wonderful care he has provided over the years. A graveside service will be held at Unity Cemetery, Fort Mill on Friday, January 7 at 1:00 p.m. Wolfe Funeral Home is assisting the family.

Doris Howie passed away on January 3, 2022. She was born on January 1, 1936, in Monroe, North Carolina to Robert Middleton Parnell and his wife, Kathryn Parnell (née Fullenwider). She spent her childhood and teenage years in Monroe and Columbia.... View Obituary & Service Information

The family of Mary Doris Parnell Howie created this Life Tributes page to make it easy to share your memories.

Send flowers to the Howie family.