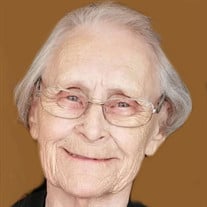 Mrs. Mary Cole Parks Nibarger, age 91 of Fort Mill, passed away Saturday, August 14, 2021, at White Oak Manor in Rock Hill. The family will receive friends from 2 p.m. until 2:45 p.m. on Saturday, August 21, 2021, in the Chapel of First Baptist Church in Fort Mill. The Funeral Service will follow at 3 p.m. with the Rev. Shannon Ford. The service will conclude at Unity Cemetery. A native of Fort Mill, Mrs. Nibarger was a daughter of the late Dennis Roan Parks and Mary McLaughlin Parks. She was the widow of the late Daniel Paul Nibarger who passed away in 1982. Mrs. Nibarger graduated from Fort Mill High School and continued her education at Winthrop College, receiving a bachelor’s degree in mathematics, and also earned a master’s degree at Winthrop College. Mrs. Nibarger taught school from 1951 until 1954 in Gilbert, S.C. and later taught math at Winthrop Training School from 1954 until 1965. She worked in computer programming with Lowenstein and later for Springs Industries until she retired. Mrs. Nibarger was very athletic and especially enjoyed playing tennis, basketball, and softball. She also had talents in sewing and enjoyed cross stitching, knitting and tatting crosses; and loved working in her yard. Mrs. Nibarger is survived by two daughters, Denise French and her husband, Hugh of Fort Mill and Paula Nibarger of Weaverville; her stepson, Daniel “Paul” Nibarger, Jr. and his wife, Kay, of Thousand Oaks, California; her sister, Patsy Richardson of Fort Mill; four grandchildren, Daniel and Patrick French, John Nibarger (Lisa) and Carrie Sadler (Wyatt); and four great-grandchildren, Leah and Bryce Nibarger and Cameron and Whitney Sadler. In addition to her husband, Mrs. Nibarger was preceded in death by her brother, Dennis Parks, Jr. Memorials may be made to First Baptist Church, 121 Monroe White Street, Fort Mill, SC 29715.

The family of Mary Cole Nibarger created this Life Tributes page to make it easy to share your memories.

Send flowers to the Nibarger family.