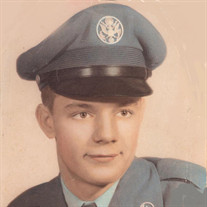 Born August 26, 1934, in Whitmire, SC, and raised in Fort Mill SC, Lewis was the son of the late Wilhelmina Howard Malone and James Lewis Walker. The family will receive friends from 6 p.m. until 7:30 p.m. on Tuesday, September 7, 2021 at Wolfe Funeral Home; and other times at the home of Pam and Randy Yavorka. The funeral will be held at 12:30 p.m. on Wednesday, September 8, 2021, at Wolfe Funeral Home Chapel. Burial will follow at Unity Cemetery. Pallbearers will be Rob Howard, Matt Howard, Buster Howard, Trin Howard, Shaun Walden, Chad Walden, Josh Jacobs, and Lance Jacobs. Lewis was an Air Force Veteran (1951-1961) and served during the Korean War. He was stationed in Bordeaux, France, for most of his tenure, and had an affinity for French wines and cheeses. Throughout his life, he honored and respected the American Flag and his love for this Country that he served never wavered. He was truly proud to be an American and an Air Force Veteran. In his younger days, Lewis was a great dancer and especially enjoyed “shagging” with his wife, Shirley. He was a lifelong, avid South Carolina Gamecocks, Duke Blue Devils, and NASCAR fan. He never shied away at a chance to defend his team, win or lose, or engage in a healthy debate. He was retired from Simmons Healthcare, Inc. In his retirement, he enjoyed, among other things, cooking, watching Gunsmoke, sports, and drinking a few Coors lights and cracking jokes with his children. Whether on a ball field, during sleepovers at “Pop-Pop’s”, or just visiting, he also found immense joy in spending time with his great-grandsons, Cade, Cole, and Miles Howard. He was an amazing man with a big heart and will be greatly missed by all those who love him. He is survived by his Daughters: Pamela Yavorka (Randy) of Fort Mill, Melia Howard of Fort Mill, and Paula Jackson Williams of Gastonia; Sons: Lewis Bernard “Butch” Howard, Jr. (Elaine) of Rock Hill, and Bobby Howard (Dave) of Lake Wylie; Sisters: Patsy Kimbrell of Fort Mill and Darnell Swanger of Rock Hill; Brother: Paul Malone of Rock Hill; 20 grandchildren; and 28 great-grandchildren. He was preceded in death by his wife of 47 years, Shirley Bayne Howard; his first grandchild, Shane Walden; his daughters, Leslie Heid and Beth Sellers; his son, Ronald Keith Jackson; and his sister, Gertrude “Trudy” Malone.

Born August 26, 1934, in Whitmire, SC, and raised in Fort Mill SC, Lewis was the son of the late Wilhelmina Howard Malone and James Lewis Walker. The family will receive friends from 6 p.m. until 7:30 p.m. on Tuesday, September 7, 2021 at... View Obituary & Service Information

The family of Lewis Howard Sr. created this Life Tributes page to make it easy to share your memories.

Send flowers to the Howard family.