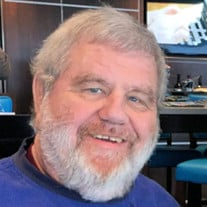 Jimmy Don Collins, 66, beloved husband of Carolyn West Collins, died at his home December 24, 2018 following a courageous battle with cancer. Born June 23, 1952 in Fort Mill, SC, Jimmy was the younger son of the late James Robert Collins and grandson of Mary Etta Collins who raised him. During his youth, he attended Community Presbyterian Church with his family. Jimmy graduated from Fort Mill High School in 1970. While beginning his career with Springs Industries, he earned a Bachelor of Science degree in Business from Limestone College, where he met the love of his life, Carolyn. He was employed with Springs Industries for 37 years, and served as plant manager for six of their textile plants. Jimmy was a lifetime member of the Catawba Masonic Lodge #56 in Fort Mill and the Hejaz Shrine Temple in Greenville. He was a 32nd Degree Scottish Rite and York Rite. He enjoyed the many community volunteer programs and fund raisers to benefit the children of the Shriner’s Hospital. An avid sports fan, Jimmy particularly loved watching the South Carolina Gamecocks. He was also known as a card shark and had a mind for numbers. Above all, “Poppy” (Jimmy) loved his family. He and “Grammie” (Carolyn) enjoyed spending time and traveling with their sons, daughters-in-law, and especially their five grandchildren and their dog, Susie. They never missed a ball game, graduation ceremony, recital, birthday party or any other family event. No matter how long the distance, Poppy and Grammie spent a lot of time traveling all over South Carolina attending family functions. Jimmy was a loving husband, father and grandfather. He is survived by his wife of nearly 38 years, Carolyn West Collins; his twin sons: Jason Adrian Burden and his wife, Jenny, of Lexington; Jeffrey Ashley Burden and his wife, Ellen, of Columbia. He is also survived by his grandchildren Julia Chase (16), Olivia Grace (14), Parker Collins (12), Lawson Joseph (10) and Ella Catherine (8). He was preceded in death by his brother, Bobby Ray Collins. The graveside funeral service will be held at 10 a.m. on Saturday, December 29th at Rock Hill Memorial Gardens at 700 Heckle Boulevard with the Rev. Barry Yates officiating, followed by a Masonic Service. The family will receive friends following the service at the gravesite. In lieu of flowers, memorials may be made to the Shriner’s Hospitals for Children, 950 West Faris Road, Greenville, SC 29605-4277; or to Amedisys Hospice, 1900 Sunset Boulevard, Suite 103, West Columbia, SC 29169.

The family of Jimmy Don Collins created this Life Tributes page to make it easy to share your memories.

Send flowers to the Collins family.