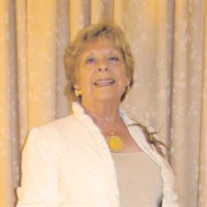 Janeen Moeller Morse, age 80, died recently in Charlotte, North Carolina. Born to Lenora (nee Rafferty) and Walter H. Moeller on December 19, 1939 in Fort Wayne, Indiana, she was raised and schooled in a variety of locations--from Van Wert and Lancaster, Ohio to Preble, Indiana, to Silver Spring, Maryland, where her father served congregations as an ordained Missouri Synod Lutheran Pastor. Janeen graduated from Montgomery Blair High School in Silver Spring and attended Valparaiso University. Gifted with a beautiful voice, Janeen sang with many choirs, including a performance of Handel’s Messiah at the Kennedy Center. She lived in Washington, DC with her parents during her father’s first terms representing the 10th District of Ohio in the United States Congress. In 1960 she was selected as the Ohio Princess for the Annual Cherry Blossom Festival. She worked for Congressman Charles Bennett of Florida and for the House of Representatives accounting and payroll office. She was a member of the Congressional Club. During one of her father’s election campaigns she met John C. Arguelles, whom she married in 1962. Upon his graduation from Georgetown Dental School they moved to Okinawa, Japan with their young daughter Lori. Their son, David, was born in Okinawa during John’s active duty military service in the Navy. During their time in Japan, Janeen was active in many social clubs and helped manage the Naha Naval Air Base gift shop The family returned to the United States in 1971 and settled in Santa Barbara, California, where Janeen was a homemaker and active in Emanuel Lutheran Church, including co-leading weekly youth activities. She continued active involvement in church activities at Shepherd of the Valley Lutheran Church in Santa Ynez upon the family’s move there in 1978. She married her second husband, Richard A. Morse in 1991 and supported him in his engineering career in a variety of places including York, Pennsylvania and Pleasanton, California. They retired to Fort Mill, South Carolina where they enjoyed a vibrant and supportive community of friends until her passing on June 17, 2020. Janeen was a member of Spirit of Joy Lutheran Church. Survivors include her husband, Richard Morse; her son, David Arguelles, his wife Tanya and their sons Austin, Bennett and Colton; her daughter, Lori Arguelles and her husband, John Cox and their daughters Cadi, and Delaney; stepson Derek Morse; stepdaughter Heather Morse and her sons Luke and Shane. Janeen was preceded in death by her parents Walter and Lenora Moeller, and her infant sister Lenore. A memorial service will be held on Saturday, July 25th at 10am at Spirit of Joy located at 8600 Potter Road in Weddington, North Carolina. A celebration of life repast will follow.

The family of Janeen Moeller Morse created this Life Tributes page to make it easy to share your memories.

Send flowers to the Morse family.