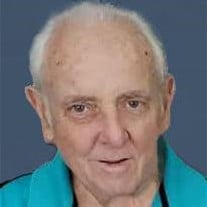 James Louis McIntyre, age 75, died Saturday, September 8, 2018 at CHS-Pineville. The memorial service will be announced at a later date. Born in Amesbury, Mass., Jim was a son of the late James Philip McIntyre and Josephine Bartley McIntyre. He graduated from high school in Haverhill, Mass. and spent his working years as a machinist for several companies. He attended Good Shepherd United Methodist in Charlotte with his wife, Maureen. Jim had a good sense of humor and was known for teasing his friends and family. He enjoyed Harley Davidson motorcycles, loved golf and going to breakfast at the Copper Kettle with his brother-in-law, Ralph where they were regulars. Surviving are his wife of 38 years, Maureen Ann Lockerby McIntyre and their son, Brian and his wife Carolyn; his sons from his first marriage, James and wife Lynda of N.H., John and wife Sherrie, of Mass., Daniel and wife Cheryl of N.H., and Dennis of Maine; his step-children, Shari Fregeau, John Gould and wife Kiki, Tom Gould, and Jeff Gould, all living in the Carolinas; his brother, David McIntyre of N.D.; and several grandchildren who he loved dearly. In addition to his parents, he was preceded in death by a sister, Patricia McIntyre. Memorials may be made to Good Shepherd United Methodist Church, 13110 Moss Road, Charlotte, NC 28273.

The family of James Louis McIntyre created this Life Tributes page to make it easy to share your memories.

Send flowers to the McIntyre family.