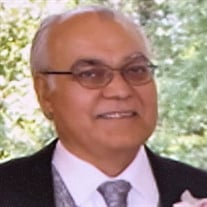 Frank Peter Lochel, Jr., 70, died Wednesday evening, May 5, 2021 in Rock Hill, S.C. surrounded by his family. Frank, often known in life for not backing down from a passionate discussion or debate with family (or anyone else who would listen) was peaceful and quiet in his final hours, allowing his loved ones a rare chance to get a couple of words in edgewise – kind words about the man they loved and who loved them. Frank was born in Philadelphia on December 30, 1950 to the late Frank Peter Lochel, Sr. and the late Florence Lochel née Dietz. He is survived by his wife of 47 years, Rhonda Lochel née Looper of Rock Hill, whom he adored, and his two sons, Matthew (Lauren) of Fort Mill, S.C. and Justin (Natasha) of Rock Hill, whom he also adored despite their occasional attempts to put their dad through the wringer. He is also survived by his sister Virginia (Craig) of King of Prussia, Pa., and by his brother, Robert, of Myrtle Beach, S.C., as well as by his two young grandchildren, June and Hudson Lochel. They will always remember him for the man he was and the special gifts that only a grandpop like Frank could bestow, from dinosaur bones and telescopes to handcrafted necklaces for which Frank, a skilled gemologist by hobby, faceted all of the precious stones. Frank is also survived by many adoring cousins, aunts and uncles. Frank saw the world differently than most. His sharp, analytical mind was paired with an equal dose of confidence giving him a fresh vantage point from where the solutions to many complex challenges came into crystal view. He graduated from Drexel University in Philadelphia in 1973 and went on to become a distinguished chemist and inventor over a 40-plus year career, earning dozens of US patents for creating chemical products that make life work a bit better for tens of millions of people around the world each day. He was a brilliant mathematician with the ability to perform complex calculations with nothing but his mind (his sons were known to occasionally use him as a calculator while completing algebra homework). Frank loved the outdoors and often spoke proudly of the fact that he, his brother, and his two sons all earned their Eagle Scout ranks. The funeral will be held at 2 p.m. on Wednesday, May 12, 2021 at Rock Hill Dream Center Church located at 3330 McConnells Hwy., Rock Hill. Pastor Paul Crosby is the officiant. Burial will follow at Forest Hills Cemetery located at 4290 Old York Rd., Rock Hill. In lieu of flowers, the family has requested that memorials be made to a charity important to Frank and his grandson: Cure MECP2 Duplication Syndrome: The 401 Project, located at 67 Under Cliff Road, Trumbull, Conn. 06611.

Frank Peter Lochel, Jr., 70, died Wednesday evening, May 5, 2021 in Rock Hill, S.C. surrounded by his family. Frank, often known in life for not backing down from a passionate discussion or debate with family (or anyone else who would listen)... View Obituary & Service Information

The family of Frank Lochel Jr. created this Life Tributes page to make it easy to share your memories.

Send flowers to the Lochel family.