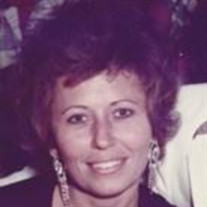 Lois “Dianne” Vallow Hillman, born September 30, 1941, went to her eternal rest with her Lord and Savior Jesus Christ on the morning of May 5, 2021. She left this earth surrounded by her loving family. Those who know Dianne and her story know that life came to her “the Hard Way.” She met and married William Bryon Hillman, the love of her life, when she was 16 years old and he was 17. It was love at first sight, meeting at a dance. On that first meeting her husband told her she was “the one” and he was going to marry her. She was his first and only love, as he was hers, and they remained in love and best friends throughout their entire marriage of 62 years. They held hands everywhere they went. Dianne was born in Fort Collins, CO and raised in Denver by her adoptive parents. As Dianne and Bill began raising their family and dealing with family health issues, the desire to learn about Dianne’s biological family history became increasingly more important. In December of 2002, after running into many proverbial brick walls, Dianne found her birth mother, Evelyn Little and discovered she had three brothers, Butch, Robert and Orville and two sisters, Betty and Marie. She also had two aunts, Alma and Lois and remarkably all those members of her biological family were alive and well. Together with her husband and children there was a blessed family reunion in Fort Collins, Colorado. Dianne later learned of two other half-sisters, Tessa and Vivian, whom she eventually met. Dianne and Bill raised three beautiful, spirited children and fostered many fur babies. Dianne loved her family and welcomed all their friends as if they were family. She loved being near the water and their family enjoyed many years in Oxnard Shores, CA. She was an avid basketball fan and loved spending time playing the DoubleU Casino video game. She painted and adored working on statuary and painting small objects. In her younger days she enjoyed playing the piano and could have done it professionally. It was her final wish to donate her body to science so that more research can be done to irradicate ovarian and possibly other cancers. She was always thinking of others! Dianne was preceded in death by her adoptive parents, Gene and Lois Vallow; a brother, Bill Vallow; her biological mother, Evelyn Little and biological siblings, Butch Little, Orville Little and Betty Wagner. In addition to her husband, Dianne is survived by her three children: Kristy Bowman-Hillman of Broomfield Co, William “Billy” Hillman of Rock Hill SC and Rob (Teran) Hillman of Indian Land SC. She is further survived by seven grandchildren: Megan Hillman, William “BJ” Hillman, Keanu Scalise, Brandon Bowman, Ashley Bowman, Austin Bowman, Christian Bowman; three great grandchildren; her sister Marie Gibbens, her brother Robert Little, a brother-in-law Wally Wagner, two sisters-in-law Carole Vallow and Nancy Krieger and several nieces and nephews: Donna Rae Gray, Jolene Dawn Nash, Troy Vallow, Kelly Vallow, Gene Vallow, Connie Gibbens, Tanya Hacke and Tina Luthye. The family will hold a private celebration of Dianne’s life on Friday, May 7th . The family suggests any memorial donations in Dianne’s name be made to the Make–A–Wish Foundation ( www.wish.org ) or to the Salvation Army. ( www.salvationarmyusa.org )

Lois &#8220;Dianne&#8221; Vallow Hillman, born September 30, 1941, went to her eternal rest with her Lord and Savior Jesus Christ on the morning of May 5, 2021. She left this earth surrounded by her loving family. Those who know Dianne and... View Obituary & Service Information

The family of Dianne Vallow Hillman created this Life Tributes page to make it easy to share your memories.

Send flowers to the Hillman family.