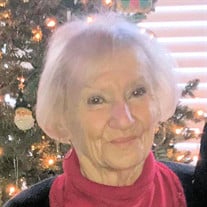 Mrs. Carol Ann Belcastro, age 74, passed away Sunday, October 17, 2021, at the Wayne T. Hospice House in Rock Hill, South Carolina. Born in Clinton, Massachusetts, Carol was a daughter of the late James T. Garrity and Edna Malanson Garrity. She was born and raised in Clinton, Massachusetts, but eventually moved to Revere, MA and then to Lake Wylie, SC. Carol was known for her quick wit and ready laugh. She enjoyed traveling and spending time with her family and friends. Carol was also an animal lover and had many animals over the years including horses. In addition to being a window designer for Charles Sumner’s of Boston, MA, she was also a flight attendant for Eastern Airlines and ticket agent for Delta Airlines. She is survived by two children, Maria Hernandez of Fort Mill, SC and Joseph Belcastro and his wife, Kristen, of Revere, MA; two siblings, Joanne Gavin and her husband, David, of Clinton, MA and James H. Garrity and his wife, JoAnn, of Hubbardston, MA; and three grandchildren, Matthew, Brandon, and Joseph. Carol is also survived by her partner and friend, Andy Krieger of Clover, SC, as well as, several nieces and nephews and many close friends. Carol will be sadly missed by all. Memorials may be made to York County Humane Society, 8177 Regent Parkway, Fort Mill, SC 29715.

The family of Carol Ann Belcastro created this Life Tributes page to make it easy to share your memories.

Send flowers to the Belcastro family.