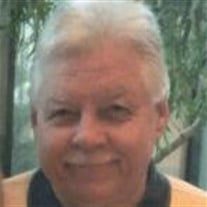 Captain Raymond Eugene Dunsmore, 71, died Thursday, April 13, 2017, at his home. A celebration of life service will be held Tuesday, April 18, 2017 at 9:30 a.m. at the Inspirations Ministries Chapel, 3000 WorldReach Drive in Indian Land, SC. Born in Austin, Minnesota, Ray was a son of the late Frank and Rexiene Dunsmore. He graduated from Austin High School in Austin, Minnesota and the University of South Dakota, Vermillion, South Dakota with a degree in Business. Ray was a commissioned officer in the United States Marine Corps, fought in Vietnam and achieved the rank of Captain during his service. Ray’s career continued with more than 40 years of restaurant management, consulting, and teaching at the college level prior to retirement in 2015. Surviving are his wife, Phyllis Dunsmore; her son, Jason McClanahan; Ray’s daughter, Cortney Ragsdale; and six wonderful grandchildren. Memorial contributions may be made to the Honor Guard of the V.F.W. Post 12136, c/o James Taylor, 9332 Whistling Straights Dr., Fort Mill, SC 29707.

The family of Captain Raymond Dunsmore created this Life Tributes page to make it easy to share your memories.

Send flowers to the Dunsmore family.