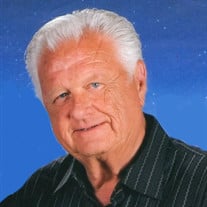 Mr. Bobby “Bob” Orville Cullen, Sr., died Monday, March 27, 2017, at Carolinas Medical Center in Pineville, N.C. The family will receive friends from 9:45 to 10:45 a.m., Friday, March 31, 2017, at Flint Hill Baptist Church at 269 Flint Hill Road in Fort Mill. The funeral will follow at 11 a.m., with the Rev. Wayne Deffinger officiating. Burial will follow at Unity Cemetery at 303 Tom Hall Street in Fort Mill. Born in Ardmore, Oklahoma, Bob was a son of the late Florine Bossa Cullen Taylor and the late Orville Cullen. He attended the University of South Carolina. He was a member and Treasurer of Flint Hill Baptist Church. A well-known area businessman, Bob was the owner and operator and The Cleaners in Fort Mill and Tega Cay and East Shore Storage for many years. He was named Tega Cay’s “Business Man of the Year” in 2001. Being very civic-minded, Bob was very active in the Tega Cay and Fort Mill communities. He was a founding member of the Fort Mill High School Marching Band “Pit Crew”, traveling with the marching band to events all over the country. He was a founding member of the Fort Mill Rotary Club and a Paul Harris Fellow. He also was a founding member and past-president of the Tega Cay Lions Club and a Melvin Jones Award recipient. Bob served on the Board for both the Fort Mill and Rock Hill YMCAs. Bob truly enjoyed helping people from all walks of life. He was a true asset to his community and will be sorely missed by both family and friends. Surviving are his wife of 52 years, Linda King Cullen; his daughter, Renee Cullen Franklin and grandson, Adam Franklin, both of Tega Cay; his sister-in-law, Nancy Johnson (Grady) and nephew, Charles Johnson, both of Hiddenite, N.C.; his first cousin, Freddie Rader (Edna) of Henrietta, Oklahoma. In 2001, he was preceded in death by his son, Bobby Orville Cullen. In lieu of flowers, memorial contributions may be made to the Bobby O. Cullen, Jr. Scholarship Fund, ATTN: Coak Matthews, c/o Henderson State University, 1110 Henderson St., Arkadelphia, AR 71999.

The family of Bob Cullen created this Life Tributes page to make it easy to share your memories.

Send flowers to the Cullen family.