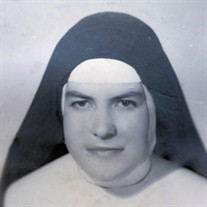 Mrs. Beatriz “Stella” Greco, age 84, returned to the Lord in the early morning of Monday, June 7, 2021, at the Atrium Health Hospice of Union County in Monroe, NC. The Service will be held at 11:00 am on Saturday, June 12, 2021 at All Saints Catholic Church in Lake Wylie, South Carolina, with Father John Giuliani, C.O. officiating. Born in her parent’s hometown of Tunja, Colombia, Stella was the eldest daughter of seven of the late Julio Roberto Galindo Larrota and Felisa Hoyos Cubides. Aside from helping raise her siblings and being the third in command of the household, she was devoted to attending church and her community from an early age. When she turned 21, she answered God’s calling of becoming a nun with the sisters of Las Hermanas Salvatorianas, and later with the sisters of La Madre Laura in Medellín, Colombia. In 1971, she pursued a different path and was the first of the family to migrate to the United States on her own. She arrived in the bustling metropolis of New York City, where she enrolled in Hunter’s College and received high marks while studying to become a nurse. There, she had met her future husband, Emilio Greco, whom she shared a loving and colorful marriage with for many years. Her vocation was nursing and she certainly was a nurturer. She has cared for a handful of patients and their families since arriving to the States, all of them ranging in age and background. In the early 1990s, she relocated to Springfield, Virginia, to be closer to her family members that have since then moved into the area. When she wasn’t caring for others, she will be remembered for caring for her small birds and plants. You could hear the chattering of her finches and cockatiels as you walked down the hallway towards her front door. She adorned the walls of her two bedroom apartment with an assortment of pothos and burro’s tails, spilling from hanging baskets in the ceiling and cascading down the ends of bookshelves filled with statues of cherubs and the Virgin Mary. She grew an abundance of fruits and vegetables on her back patio that overlooked a cherry tree, and was always willing to share her harvest. Above all, Stella devoted herself entirely to God. She was involved in the local churches around Northern Virginia and would attend mass on a daily basis. She helped build up the Spanish community within her own parish, St. Bernadette’s. She will be remembered for handing out pamphlets of her own prose and poetry on interpretations of psalms, gospels, hymnals, saints, and the lives of the Holy Family. Churchgoers would go out of their way to make sure they grabbed her latest copy that she happily did as a labor of love for over twenty years. The word was the Lord and the pen was her sword. She was a perpetual student, where she continued her education by taking religious courses, receiving certifications, attending Bible study with other members of the church, and always playing the EWTN Catholic Channel in the background of her sunlit living room. She would buy rosaries, necklaces, booklets, and other items in bulk from the Autom Catholic catalogue to make sure she was spreading the love of God to anyone who would take it. To know Stella was to love her. She will deeply missed by her six siblings- Felisa Chapman, Clara Galindo, Susana Galindo, Myriam Peterson, Martha Galindo, and Julio Roberto Galindo; and a plethora of cousins, nieces, nephews, great-nieces, great-nephews, and honorary grandchildren who tenderly called her “Tía Ita”.

The family of Beatriz "Stella" Greco created this Life Tributes page to make it easy to share your memories.

Send flowers to the Greco family.